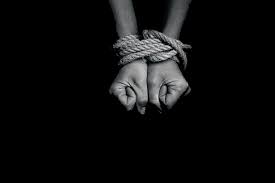 Are politics, religions and wars, slavery? (Do God, angels, ETs, have the keys to the locks?)

Below are comments to yesterday’s https://www.intuitive-explorations.com/was-9-11-an-inside-job/ post, started by a very old friend I met after moving to New and Old Age Boulder, Colorado, in September 1987. My friend lives in Vermont and remains really high on Bernie Sanders.
Old Friend 👍
anomalousinvestigations@gmail.com